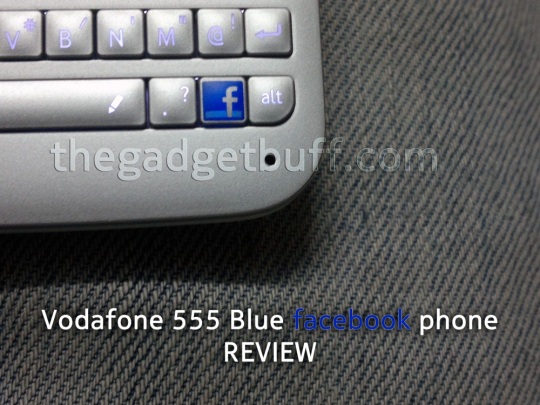 The Facebook phone is here ! Yes, it is the new Vodafone Facebook phone that is making waves with facebook crazy teens and adults alike. If you have seen those commercials before, this phone is all about Facebook. So, does the Facebook phone live up to it’s name ? Read on for the in depth review !

END_OF_DOCUMENT_TOKEN_TO_BE_REPLACED

Since i started using smartphones ( my first being the Nokia 5320 ), i have always faced one big problem while traveling long distances, the battery drains too soon. It can be attributed to various factors like constant hunting for signals, continuous music playback .. etc.

I travel mostly by train here, in India. The travel usually lasts more than 10 hours, so my companion, when bored, is music,games and movies. Till now, i have always depleted a full charge in my phone while on travel. I was preparing for another journey and this time i had an iPod for company along with my phone. So, i was looking for a complete solution and MobileFun had this :

This is the Pama Plug n Go Power portable charger.

What is this exactly ?

To put it simply, this is a portable battery that can charge devices. You can correlate this to the UPS of desktop PCs, but portable. If you can’t comprehend what BS i am blabbering, read on ! 😉

END_OF_DOCUMENT_TOKEN_TO_BE_REPLACED

Recently i got to trial the E7 thanks to the kind folks at WomWorldNokia. The moment i opened the package i was greeted by a small box inside which, the big E7 resided along with other box contents, which are exactly the same as what the N8 got except for the charger which is Micro USB, not proprietary 2mm.

First feeling after i took up the E7 in hand is “Damn, it is heavy”, weighing in at a hefty 176g, this is probably the heaviest phone i have handled, ever. The design, i felt, was very premium with high quality materials used all over the body.  We are greeted by the 4 inch deep black screen (Clear black AMOLED touchscreen). When i say “deep black” i really really mean it. This is before turning on the phone, that is. And then the Symbian inauguration was followed by opening up the slide to reveal one of the USPs of this device, the well spaced four row qwerty keyboard which was a delight to type on . The slide is very reaffirming, giving us a clean snapping sound and it is quite strong, no rattles, no abrasion, it is very clean.It runs the same old symbian^3 as the N8, but it is quite optimized for its screen estate of 4 inches. Have to reiterate again that the 4 inch CBD AMOLED display is one of the best i have ever seen, right up there with the SGS2 display which is, of course splendid from what i have seen.Camera is EdoF and it is bad, i will explain why.

That’s all for the first impressions, let’s get on to the full blown review then, shall we?

END_OF_DOCUMENT_TOKEN_TO_BE_REPLACED

Have you been wondering if there is a comfortable notification solution for your mobile phones while at home or work ? i have got one for you. It’s the Universal mobile stand from Clingo.

It’s a compact solution for a sticky stand that uses the amazing clingo technology. Its a non sticky adhesive and can hold a reasonable amount of weight like mobile phones, no peel, re-usability guaranteed. Take it along in your pocket unfold it and use it as a stand anywhere. More snaps of the stand and its usage scenarios : END_OF_DOCUMENT_TOKEN_TO_BE_REPLACED

The Samsung Galaxy 3(Codenamed i5801) , let me put it this way, A mid range monster that eats eclair for dinner. Think you can get it, right ?

Ok,stupid jokes aside,the Samsung Galaxy 3 is a Android 2.1 running smartphone that is available for a dirt cheap price. So, you get all the Android goodness that you have been longing for without burning a hole in your pockets, (yes, i am looking at you, HTC legend and HTC hero). With this phone,Samsung has gained entry into the mid-range section of the all important developing market, India.

Giving a complete Android experience at a mid-range level is quite hard, but Samsung has done this in a staggering way.By releasing major mid-end Galaxy branded phones called galaxy 3 and galaxy 5.Now , we are going to see about the Indian version of the Galaxy3, known in other countries as the Galaxy Apollo. You have to note that even other countries have the galaxy 3 with the same features of the galaxy Apollo but with a less glossy design.

In my review of the Galaxy 3, i will concentrate only on hardware since i have not experienced Android enough to write a review on its software…

Now onto the Review after the break.

END_OF_DOCUMENT_TOKEN_TO_BE_REPLACED 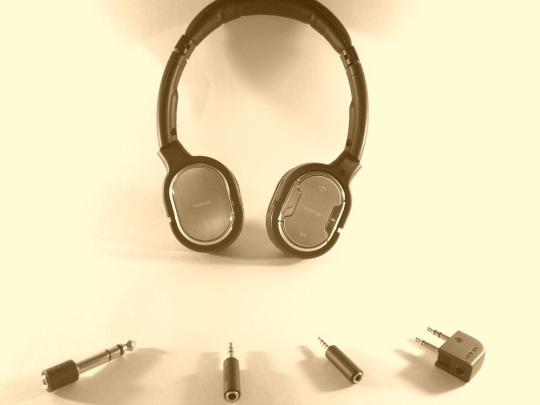 BH-905i and some accessories

Merry Christmas everyone 🙂 This is a post about my final thoughts on the Nokia BH-905i.

Before you start reading this, just make sure you have read these :- BH-905i Unboxing , BH-905i First impressions , Active Noise cancellation feature.

Just a foreword, the BH-905i is a stereo Bluetooth headset from Nokia, in the top-end range. So, this is probably the costliest offering from Nokia in this department. But are they justifying the price ?

Read on to find it out.