Here come the most affordable Nokias that the world desires and still buys in emerging markets aplenty. 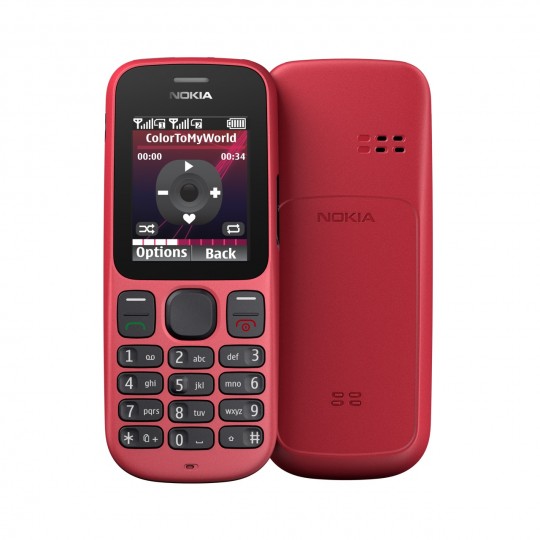 The Nokia 100 is a basic color display phone with FM, made for people who look for ease of use. It has down to earth features and is very reliable. Since it’s a Nokia, battery may come for around 4 days with a single charge. Priced at 20 Euros, this phone replaces the 1208.

The Nokia 101 is a Dual SIM version of the Nokia 100 with a the addition of mp3 player and a micro SD card slot for expandable memory.It’s priced at 25 Euros.

Both the phones feature a beautiful keypad for the best texting and great radios for the basic GSM calling experience. The Dual SIM 101 can remember upto 5 SIM cards which were used with the phone. I think the remembering part means the settings related to the SIM and the contacts ? I am not sure.

Today, as an offensive step forward, the Nokia X1-00 has been launched to combat the clones and other Chinese phones that seem to be a rage in the low end spectrum of devices in Emerging markets like China, India and other African countries.

What this device has –

Why Nokia made this device –

Nokia had to regain some lost market share in the lower end of the mobile food chain where it was eaten up by clone manufacturers like G-Five and other Chinese manufacturers like ZTE. This model brings back the legacy of feature rich Nokia devices which used to reign the emerging markets. Seriously , for its price, it is spec- rich, it can easily rival the other brands in features and value for money.

Some key take aways from nokia’s press release include –

So i guess Nokia have taken the right track here , and i am sure this Nokia X1-00 is mainly targeted towards India. Congrats to Nokia on launching this instant block-buster phone, will it be the next Nokia 1100 ?

P.S : I have seen some buggy Series 30 phones with very bad software,so Nokia have to make this work right in terms of software, no hangs, no bugs. This is a warning i signal to Nokia.