Sometime ago , you might remember RIM made a great move by acquiring the UI company called TAT. Well, now the partnership is starting to bear fruit and it is delicious.

First demo is of the app called “ScrapBook” , features very nice effects and fun features, have a look :

Overall i am very happy RIM acquired TAT, and looking forward to some more eye-candy stuff from them .

RIM’s co-ceo Mike Lazaridis, amidst all the blabber during the D:Dive into mobile event, left people squandering for comprehending what he said.

Apparently, he meant that the blackberry OS which runs on all the smartphones from RIM right now, will eventually be replaced by the QNX OS which runs in the playbook. There is a big question ,when ? According to the outspoken co-ceo, its the time when dual core processors arrive in the mainstream. As you may have known, the playbook runs on a dual core platform and runs the QNX OS, but smartphones are yet to be equipped with dual core processors.Sure, the orion core from Samsung is supposed to arrive soon on the rumored Galaxy S2, fingers crossed.Now you just have to wait for it to happen .

After acquiring TAT, RIM got a place in my heart .Things are looking bright for RIM and 2011 here we come !

You know TAT(The Astonishing Tribe), the awesome guys responsible for the amazing concept UIs ? like this Velvet concept and the 2D-3D horizon maps ?

They(the TAT) have been, confirmed today, bought by none other than RIM, the makers of the blackberry devices. and why ? of course to re-invent their UI with some snazzy concepts by TAT. And with the potential of playbook looming large, RIM are definitely going on the right path in regards to the UI part.Hopefully we should get some nice UI that sweeps you right off your feet.And also, beware iPad, your competitor is coming with a new UI ( the playbook )

Fingers crossed, like i have said earlier and now am saying it again, 2011 is THE year for Smartphones/Mobile computers.Its gonna be awesome.

Meanwhile check out some cool TAT videos after the break.

END_OF_DOCUMENT_TOKEN_TO_BE_REPLACED

You must have been aware of the whole blackberry – India issue , right ? The past was like this :

In short Blackberry was asked to allow security agencies to have a look at their e-mail and messaging(blackberry to blackberry) servers for interception of data(terrorism concerns) . And Blackberry had a tough time and announced that all the manufacturers should be taken into account for this.And yes, the government has offered blackberry time till jan 2011 to allow tools for interception.

In accordance to this security issue, Nokia , today, has installed a server for its email and messaging service allowing security agencies to intercept the data and also assuring consumers that their privacy won’t be compromised.Nokia’s country head M.D.Shivkumar has personally addressed Home secretary G.K.Pillai through a letter regarding Nokia’s conformance to all the legal and security obligations that are needed by the Indian Government.

Now this is a big step for Nokia, Blackberry may be forced to follow suite.

The Blackberry Playbook is in the news again and how !!

Playbook’s browser takes the Apple iPad’s safari head-on in this video, lets see who the winner is :

Well,can you see that ? the playbook actually blows the ipad out of the water in this test. The playbook continues to impress me since the announcement.2011 looks good for Blackberry since i am now sure that playbook is poised to become a success.

Read more about the playbook here , and about the SDK here.

How do American smartphone users see themselves? [Graphic]

Research in motion has announced the SDK and the Playbook simulator for their new to-be-released Tablet Playbook.

As you know already, i had reported that the Playbook comes with Qt.

So, now RIM announced the SDK for Adobe AIR platform, which was recently updated to support all the mobile-related API stuff.Adobe AIR platform, as you might know is already supported in Android.It would be very interesting to see how the playbook manages to run the Air apps, but be sure of one thing, lots of twitter clients are/will be available for the Playbook soon. Tweetdeck, anyone ? And with the simulator, we can actually see in real-time, what our Apps would like on the Playbook.

PR after the break. END_OF_DOCUMENT_TOKEN_TO_BE_REPLACED

The Waterloo company has done it again, naming its phone very inappropriately, for ex : playbook which is used for work. The irony.

Anyway, Research in motion have introduced a new form factor to its Blackberry range of smartphones. It is a clamshell named Blackberry Style. 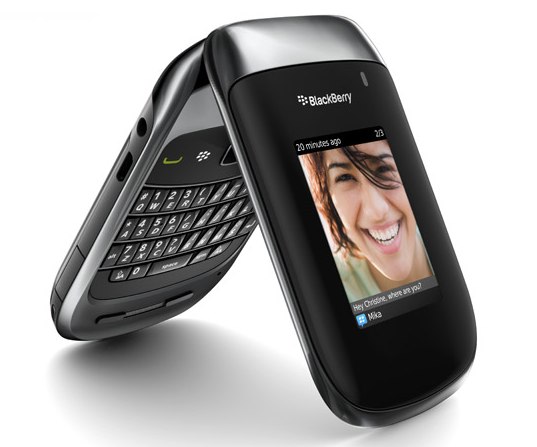 UGh.. that s a big fugly clamshell,isn’t it ?

Well, specswise its decent, has a 5mp camera,runs the new OS6,and other normal things like Gps,wifi..etc.But its just not my type of phone,you know ?

Put down your responses in the comment section below …

The Canadian Business smartphone behemoth, Research in Motion, the maker of the Blackberry devices ha s announced a direct competition to the apple ipad, as you know has created and widely opened a new premium market for internet tablets. Now, the Blackberry makers have successfully carved up a tablet for this niche market. Its called the Playbook.