Archive for the ‘GameBuff’ Category

Hellz yeah ! GTA V official trailer is out, and it is AWESOME ( I am excited, really ) 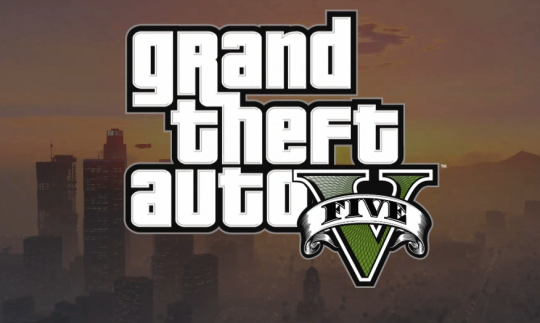 The trailer starts by ” Why did i move here ?  Guess it was the weather “. The video features the awesome west coast cities like San Andreas, VineWood, and probably Las Venturas and San fiero too. Ah, nostlagia !

Improved graphics, mostly similar yet “awesome as ever” gameplay. It should be really EPIC !

How did i know it’s based in San Andreas and the west coast cities, again ? Here is a snap from the video, look at the car’s name plate –

And the Protagonist is –

The Battlefield 3 Beta is in full force, running with hundreds of dedicated servers on the three major platforms. The game’s a direct sequel to Battlefield 2, with some of the modernity and game-types from the Bad Company series snuck in for good measure. It’s also a direct competitor to another shooter titan, that game Call of Duty: Modern Warfare 3.

The Beta encompasses only a single map, the infantry only Operation Metro, and one game type: Rush. While you’re limited in these regards, the map is large and varied, and all of the game’s weapons and other items are available to unlock.

The map isn’t what you’d call a typical Battlefield experience. There are no vehicles, and little open space after the first stage. There is still a lot more creative freedom than in Call of Duty multiplayer maps, but for a Battlefield map Operation Metro is stifling.

Even so, it’s brilliant. The levels look fantastic, from the wooded park of the first stage, through the dark and memorable subway tunnels, and out through the terminal into the streets beyond. You never feel like there’s only one path to an objective, something that destroyed Medal of Honor as a serious multiplayer title. You have choice, both in your route and your methods. It feels good.

There are still quite a few bugs in the game.

In the first stage near one of the M-COM stations, there is a sizeable underground area that you can fall into, making it difficult to leave but also allowing you to shoot through the ground at players. There are incredibly amusing animation bugs, where players can have extended necks, giant eyes or simply lie on the ground in a jumble of bodyparts whilst continuing to gun down unwitting passersby.

Balance is another problem. One weapon type, the SMG, grants significant XP rewards from its use due to near-constant awarding of an SMG-related badge. Some weapons feel underpowered, and others feel too deadly. Players can also take more damage than intended because they were moving when shot.

But for all of these issues, the Battlefield 3 Beta is an incredibly enjoyable experience. The Beta is quite an old build of the game too, as it needed to be submitted for Microsoft and Sony certification some time ago, and the DICE development team assure me that they’ve already fixed many of these issues since then.

I’ve been playing the Battlefield series since it began in 2002 with Battlefield 1942, and this is my favourite iteration of the series, beating out the future-set Battlefield 2142 and last year’s incredible Bad Company 2. With a combination of lush visual and aural environments, team-centric gameplay and an emphasis on player choice, Battlefield 3 is looking very good indeed.

The Battlefield 3 Beta is free to play on all three platforms — 360, PS3 and PC — until the 10th of October. The game proper comes out on the 25th in the US, and the 27th in Europe. Try it out, and see why Modern Warfare 3 might just have met its match.

Rockstar demonstrates Motionscan : the future of facial Capture in games

Facial capture at its best

Rockstar games have always been famous for developing expansive environments, buildings and great 3D graphics in their Grand theft auto series. Even in other games, 3D graphics was always taken up a notch, like, Crysis and Assassin’s creed are stellar examples. But facial capture for expressing emotions is always a dud when it comes to immersive story driven games ( take the Mafia series for example ). But an amazing company called Depth Analysis based in Australia have developed a facial capture technology called MotionScan. It captures the entire head , even the hairstyle and replicates the face in a 3D mesh in high resolution. This is Facial capture’s future.
Rockstar is using this technology in it’s upcoming game called L.A.Noire(releasing for Xbox360 and PS3) which is set in the 1950s based on a detective genre. Rockstar aims to use it extensively to let gamers get the facial expressions and find out if they are lying or not( since you are a detective in the game ). Hard to believe how it ll work ? Have a look at the stunning video after the break.

END_OF_DOCUMENT_TOKEN_TO_BE_REPLACED

Play Back-up Games on your PS3 [How to]

Hi fellas,i am Pramod and i am a complete GameBuff.Now say hi 🙂

Here is an easy-to-understand tutorial for jailbreaking your ps3 and run backed-up games onto your PS3.

First, you need to understand some basics of hacking.
The ps3 runs a firmware(FW) which might have version numbers like 3.15, 3.41, 3.42, 3.50 and so on, each having their respective security updates. So to hack your ps3, you should mandatorily have the 3.41 FW. (Just recently the 3.50 spoof has been released to support some of the latest games like assassin’s creed brotherhood and Black ops- but in essence they’re still the 3.41 FW SPOOFING the 3.50 FW). So even if you have the 3.50 FW in your ps3, pls make sure you downgrade to 3.41. As of now, i’m not giving the tutorial on downgrading, which is a process unto itself, but i will give the basic tutorial to run your own back-up games on your ps3(assumption – 3.41FW).

Read on to find out detailed steps.

END_OF_DOCUMENT_TOKEN_TO_BE_REPLACED

Angry Birds are back, and back with a snow ball to demolish those pig safe havens.

Yes, i am talking about the Christmas edition and Rovio mobile is planning to launch it soon and may co-incide with the Angry Birds day, to be celebrated on December 11th. Now, one Finnish site called Ylex has got the World exclusive  screen shots of the upcoming edition , have a look at it after the break.

END_OF_DOCUMENT_TOKEN_TO_BE_REPLACED

Read on for more fun stuff :

END_OF_DOCUMENT_TOKEN_TO_BE_REPLACED 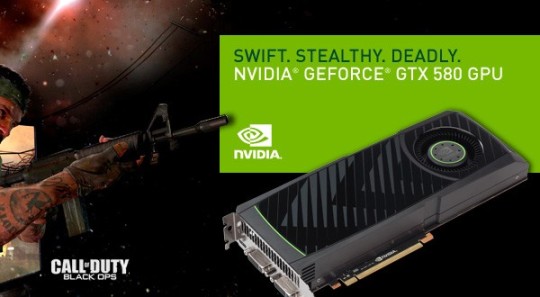 CRN has a $499 price for us and a recital of NVIDIA’s internal estimate that the GTX 580 bests the GTX 480 by between 20 and 35 percent. It seems, however, that the embargo for this hot new slice of silicon is set for early tomorrow morning, so check back then for the expert review roundup.