Archive for the ‘AppleBuff’ Category 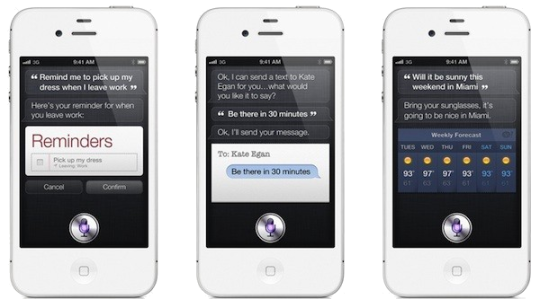 Enterprising hackers have successfully ported iPhone 4S exclusive Siri onto older iDevices, including the iPhone 4 and the iPod Touch. While Apple had claimed that these devices wouldn’t support Siri for hardware reasons, the hackers found that this wasn’t the case —  Siri ran at full speed on both devices, which have much slower processors than the new iPhone 4S.

The news comes a few days after they reported a previous success in porting Siri to the iPhone 4, but not being able to authenticate their Siri requests properly with Apple’s servers. With this hurdle cleared, the team now has a fully functioning copy of Siri working as intended, although on the iPod Touch it is necessary to speak loudly and clearly to compensate for the rather awful microphone.

The team that discovered the secret hasn’t revealed a release schedule for the exploit, although they insist it will be released eventually. They are first looking to see if the exploit affects the operating of the rest of the iPhone 4S; if they find it does not then they will post details of their exploit and/or the program itself to allow all jailbroken iPhone 4 users to use Siri.

The real danger towards releasing this information, of course, is that it gives Apple a much easier time of finding and plugging the hole that is being exploited. Expect this release to be the first step in a long cat-and-mouse journey between the hackers and Apple.

Still, it’s a great place to start and with luck we’ll see the real deal made available before too long. We’ll bring you that news as it happens, so stay tuned.

May his soul rest in peace.

With sincere condolences to his family and friends,

iPhone 4S : Why all this hype for a latecomer ?

Did you know that the device cycle for an iPhone is refreshed every year during the Summer ? Yep, that is right. Every year, since 2007 a new iPhone is released during WWDC that happens on the months of June/July. But this time Apple chose to introduce the new model in October, why ?

END_OF_DOCUMENT_TOKEN_TO_BE_REPLACED

Woot ! Apple finally reveals the launch date for the next version of the iPhone, it’s October 4th and the event’s name is “Let’s talk iPhone”. It’s going to happen in Apple’s cupertino campus “Infinite loop”.

This will be Apple’s new CEO Tim Cook’s first appearance on stage, to reveal a product. Will it get revealed with much fanfare and applauses like before, when Jobs was the showman ? Will the new CEO live up to Jobs’ name ?

The answer is simple : No, he can’t live up to Jobs’ name, but i am sure there will be a lot of applause if the device is stunning. According to analysts the iPhone that is going to be revealed on October 4th will be a faster version of the iPhone 4 with the exact same design with a better camera ( 8 megapixel ) and with Apple A5 dual core processor that is already present in Apple iPad 2.

Rumors are pointing towards a LTE demo too ? Will the new iPhone be like the iPhone 3G, which brought new radios along with various other enhancements ?

Let’s hope the event rocks as susal. Totally looking forward to what Tim cook is going to do on stage, All eyes on you Tim, do well !

Apple is suing Samsung again, this time in Japan 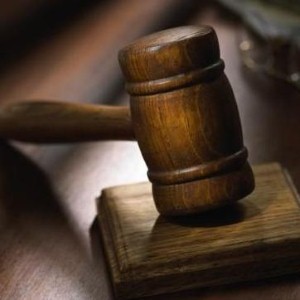 This is in line with a series of patent spats that Apple has started with droid manufacturers, specifically Samsung wand HTC. While HTC has retorted back with some new patents that it bought from Google, Samsung is still battling it out in various continents, mainly because Apple claims Samsung is an iClone manufacturer.

It has won the case in various european countries and has completely blocked sale of the Galaxy range of devices. Now, it wants to do the same in Japan. Apple has filed the case in the Tokyo district and seeks to ban the sales of Galaxy devices and wants compensation of 100 million Yen ( around 1.3 million $ ).

It’s game on. Either Samsung should change their designs or just use the stock Android UI so that the devices don’t look the same.

Steve Jobs resigns as CEO of Apple, to remain as chairman of the board | Tim cook made CEO

I woke up to this news today morning. It’s not shocking because i have been expecting this announcement since he fell ill recently, but “still” i felt sad that the most wonderful voice of Apple’s famous keynotes will be missing in the future. 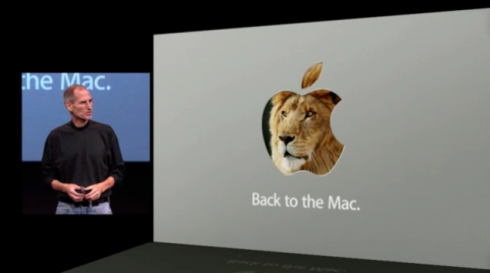 Apparently Jobs felt that he is not meeting duties of his position as the CEO and hence resigned. COO Tim Cook, the mastermind behind the supply chain revival for Apple, has been made the CEO. He was the interim CEO when Jobs was on medical leave. I have no more to add for now, but the blogosphere has been abuzz with a LOT of posts on Jobs’ resignation and what it means, do give them a read –

What happens next at apple ? — AllthingsD

Walt Mossberg on Jobs’ resignation — End of an extraordinary era

Who all will run the show at Apple now — Business Insider

Why did Jobs recommend Tim Cook over Jonathan Ive or Scott Forstall ? — Quora

A lot of Jobs’ Keynote videos 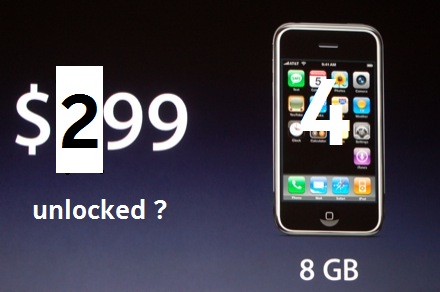 Here goes the rumor mill again. This time its Reuters reporting that Apple suppliers are purportedly buiding a cheaper version of the iPhone4 with just 8 GB of flash memory ( Are flash memory really costly at all these days ? i dont believe it )

Here’s what Reuters has to say :

(Reuters) – Asian suppliers to Apple Inc have begun manufacturing a lower-priced version of its hot-selling iPhone 4 with a smaller 8 gigabyte flash drive, according to two people with knowledge of the matter.

Apple usually sources from Toshiba and Samsung for flash memories but this time it looks like some other company is making it and doesnt want public to know its name. ( Hmmm fishy ). According to them, the 8GB version of the iPhone4, which initially launched with 16 and 32 GB version in black and then in white. Also, interesting to note if the flash memory alone will be a cost cutting factor, it can also be the display, which would be like the iPod, just TFT not IPS. We shall know soon.

More questions arise in my mind :

* Is this the iPhone nano everyone is talking about ?

* Will it launch only in emerging markets like India, China.. etc ?

* Will it launch as a TD-SCDMA device for China mobile which is the world’s biggest operator ?

Let’s hope all these questions are answered by Apple in a few weeks. Looking forward to cheaper iPhone 4 or the standard iPhone 5 ? 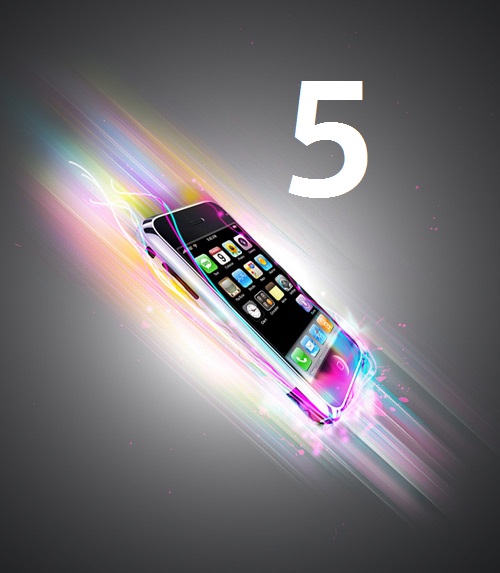 This will be quick.

Now you’ll be seeing “Apple is launching the next iPhone early October”. Yes, BGR reports that the iPhone 5 is ready to launch on At&t early October. They seemed to have got a trusted source in the form of a an At&t VP who says

“Expect things to get really, really busy in the next 35-50 days, so prepare your teams accordingly.”

There has been too many rumors about this phone already, so i’ll refrain from commenting. Good to see they are launching as promised.

One thing i gotta say though, ” Apple, surprise me”

Well this time it's iPad

Wall street journal, the publication which is pretty famous for getting insider information on new Apple products has *confirmed* that Apple is indeed working on the next version of the iPad with a new retina display sporting twice the resolution as the original iPad ( 1024X768 ^2 = 2048X1536 ) The resolution is very high for a ten inch display( a size which Apple will probably stick to )

Quoting WSJ, sources indicate that testing of the iPad 3 may start as early as october and will go on sale early 2012.

The next generation iPad is expected to feature a high resolution display – 2048 by 1536 compared with 1024 by 768 in the iPad 2 – and Apple’s suppliers have already shipped small quantities of components for the sampling of the iPad 3. Suppliers said Apple has placed orders for a 9.7-inch screen device. 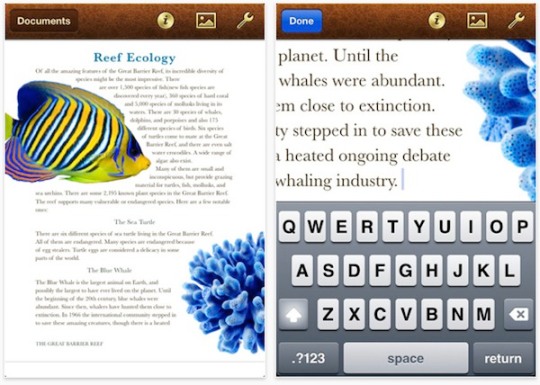 The productivity suite of Apple , called iWork , is now available on the iPhone and iPod touches that are running iOS 4 and above. This has been available for the iPad since it launched more than one and a half years ago. Probably Apple wanted iWork to be a differentiation factor for the iPad but seems it has not worked out. And to capitalize the huge app buying market, it has released it in iTunes for a hefty 10 $. It includes Keynote for presentations, Pages for word like functionality and the Numbers is an excel clone. Grab a copy and say “iWork on my iPhone” just for fun !

PR after the break

END_OF_DOCUMENT_TOKEN_TO_BE_REPLACED

More Photos
The GadgetBuff
Create a free website or blog at WordPress.com.