Today, Samsung officially launched Nexus S, the pure Google device, along with 5 other Android smartphones, determined to take over the ever-burgeoning smartphone market here,in India.Samsung has outdone itself today by launching phones that are already in the market. But were they launching products or making a statement ? Read on to find out.

First and foremost , the devices :

The Nexus S, weirdly enough, is being marketed here by Samsung, not Google. I find it weird because, HTC never introduced the Nexus One here since they already sold the Desire here.And the Nexus S is just a slightly remodeled  Galaxy S with NFC,Super clear LCD and stock android. So, how are they going to market it to the well-aware consumer? It’s a mystery.

Other than the  Nexus S, the spotlight was on budget smartphones, and there were 5, namely Galaxy Pro, Fit, Gio, Pop and Pop CDMA.

The Samsung Galaxy Pro is an interesting budget smartphone which features a touch and type formfactor i.e a QWERTY keyboard is coupled with a touchscreen. Here is how it looks :

This formfactor will surely create some buzz, and it is very competitively priced at just Rs.13,750/-. Only big let down is the display which is a 2.8″ TFT touchscreen with just a QVGA(320×240) resolution. Bad viewing angles and poor outdoor visibility might be a dealbreaker for many. In my short hands-on experience, i found the keyboard was very nice to type on. Good tactile feedback. But the screen, as i said earlier was piss poor. 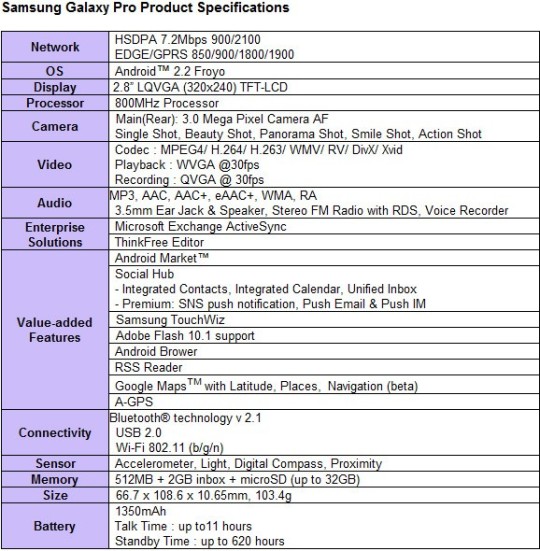 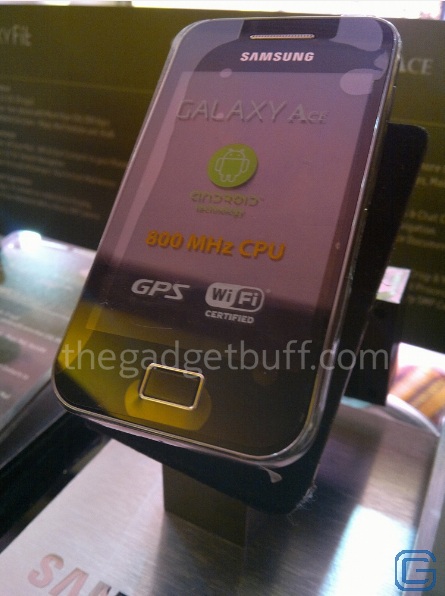 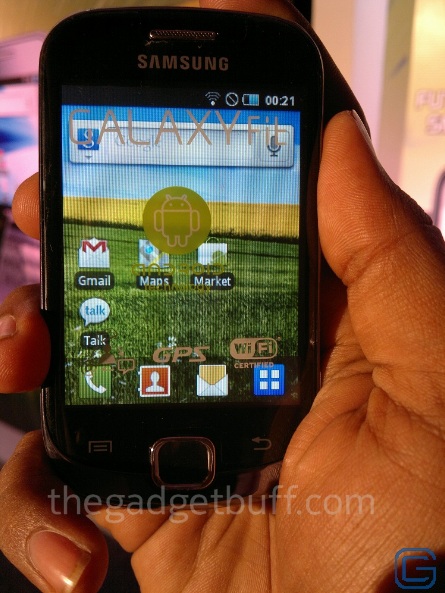 The Galaxy Fit is a direct sibling of the Ace with the only differences in specs being smaller display ( 3.3 inch QVGA TFT ) and a slower processor ( 600 Mhz ) Everything else is just the same as Ace.The Fit is priced at a much lower Rs.11,870/-

The Galaxy pop is the successor to the Galaxy 3, which was a low-end smartphone for the masses. Effectively priced at Rs.10,290/- for the GSM version and Rs.10,590/- for the CDMA ( Pop is the first CDMA Android smartphone btw ), this aims to capture the masses. Specs ( Thanks @FoneArena )

About the devices in common

Some common things i noted about all the devices except Nexus S, the build quality was not so great, but all the phones felt very light in hand,also all the phones ran Froyo(except NS again). The Nexus S with SLCD is clearly a cost cutting measure employed by Samsung. No radical new designs except for the pro’s intriguing formfactor. LCD screens in all the mid-range devices were poor, also don’t expect Android to perform great in those devices.

My initial impressions about this launch

I find this event not as a launch event, but as an aggressive stance by Samsung, which holds 15% of the smartphone market in India. Storming into the low-mid end segment as well as having something for the high end customers is a feat. As Samsung says, it wants people to choose the phones. Talking about the multiple OS strategy(Android,Bada,WP7), it said the same, people are being given choices.But don’t expect a WP7 device soon, they said.

Everything points to a clear conclusion, Samsung is willing to flood a range of smartphones to capitalize on the burgeoning mid-range smartphone market and wants to dominate the same. And they are right on that path. I am guessing they will dominate the world mobile phone market in end-2012.

More photos from the event, please don’t mind the repeated ones.